Robertson scores in OT to lift Maple Leafs past Stars, 3-2

TORONTO (AP) Nick Robertson scored his second goal of the night in his season debut at 3:46 of overtime to give the Toronto Maple Leafs a 3-2 victory over the Dallas Stars on Thursday night.

After breaking up a play at the other end of the rink, the 21-year-old Robertson took a pass from Auston Matthews on a 3-on-1 rush and fired past Scott Wedgewood to cap the winger's best performance as a pro.

''It was exciting,'' Robertson said. ''But now for me, it's just to keep going and keep fighting and earning every day.''

The 53rd pick at the 2019 draft suited up for the first time this season after getting sent to the minors despite a strong training camp because of salary cap concerns. But after goaltender Matt Murray was placed on long-tern injured reserve, the door swung open for the Leafs to recall Robertson.

''It's been ups and down,'' Robertson said. ''To get sent down given cap space was definitely tough to grasp ... that was tough. ''But now to get a night like this, it kind of makes up for it.''

''That team doesn't give up much,'' Kerfoot said. ''Our special teams weren't great. But we found a way.''

Tyler Seguin and Luke Glendening scored for Dallas (3-0-1), which got 40 saves from Wedgewood in his first action of the season.

''They've got some skill guys,'' Stars coach Peter DeBoer said. ''When they've got the puck they're hard to defend. A good road point.''

The Leafs were coming off a dismal 4-2 loss to Arizona - the NHL's 31st-ranked team in the standings last season - on Tuesday night that saw coach Sheldon Keefe deliver a strong public message for the second time in four games to start the schedule after also blasting Toronto on the heels of a 4-3 loss to Montreal on opening night.

Tied 1-1 through two periods, Toronto nudged in front 1:59 into the third period when Robertson made a nice play to shake Dallas captain Jamie Benn along the boards before eventually taking a feed from Bunting and beating Wedgewood.

Robertson nearly made it 3-1 a few minutes later, but fired wide on a 2-on-1 down low with Wedgewood at his mercy.

Dallas got back even at 7:21 on a power play when Seguin fired from in close for his second off a nice feed from former Leafs winger Mason Marchment after Kerfoot went to the box for delay of game.

The play was initially waved off for goaltender interference, but Stars head coach Pete DeBoer challenged the call. The sequence was eventually overturned after the NHL situation room determined Mitch Marner was responsible for the contact on Samsonov.

Stars: At Montreal on Saturday night. 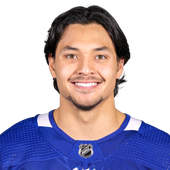