NEW YORK (AP) Defensemen Scott Mayfield and Robin Salo both scored twice, Anders Lee had three assists and Ilya Sorokin made 22 saves as the New York Islanders routed the Anaheim Ducks 7-1 on Saturday night for their first win of the season.

Oliver Wahlstrom, Noah Dobson and Anthony Beauvillier also scored for the Islanders, who are 5-0-2 in their last seven home games against Anaheim.

Sorokin's shutout bid was spoiled at 1:29 of the third period on a goal by Troy Terry, his third of the young season.

''We came together as a group,'' said Lane Lambert, who earned his first regular-season win since replacing Barry Trotz as Islanders coach following last season. ''It's a hard league to score in. ... We didn't turn away. We were relentless on the puck.''

Mayfield opened the scoring at 10:34 of the first, sliding the puck past Ducks goalie John Gibson from in close on a feed from Lee. Beauvillier also assisted.

Dobson made it 2-0 with his second goal of the season at 12:08 of the first. Dobson also scored New York's lone goal in Thursday's season-opening 3-1 loss to Florida.

Dobson's tally was the 19th career goal for the 22-year-old defenseman, a first-round draft pick by the Islanders in 2018. Only four defensemen in franchise history - Denis Potvin, Bryan Berard, Tomas Jonsson and Paul Boutilier - scored more goals than Dobson before their 23rd birthdays.

The Islanders outshot the Ducks 14-6 in the first and held a 13-9 shots advantage in the second while scoring three more times. New York added two goals late in the third period to complete the romp.

''I'd say it's embarrassing for everyone,'' Ducks coach Dallas Eakins said. ''I think this is where you've got to get a little bit of soul searching.''

Wahlstrom, making his regular-season debut, increased the margin to 3-0 at 5:34 of the middle period, beating Gibson on a breakaway. Jean-Gabriel Pageau assisted.

Mayfield made it 4-0 at 12:55, with assists to Mathew Barzal and Zach Parise, before Beauvillier scored his first at 14:27. Lee and Ryan Pulock assisted. It was the first two-goal game for Mayfield, who has 21 goals in 348 career games.

''It just worked out tonight. We played well in the offensive zone,'' Mayfield said. ''It was a full-team effort.''

It was the first time two Islanders defensemen had multi-goal performances in the same game since Vladimir Malakhov and Scott Lachance accomplished the feat in an 8-2 home win over Calgary on Jan. 12, 1993. That was also the last time the Islanders got five goals from defensemen in a game.

Asked if he were contemplating a hat trick - which hasn't been accomplished by an Islanders defenseman since Potvin scored three times against Toronto in March 1982 - Mayfield expressed gratitude for his team's first victory of the season.

''That would have been nice but I'm not going to be greedy,'' he said.

''I feel like it was nowhere near our best,'' defenseman Cam Fowler said. ''Even in the first, it was 2-0 but they seemed to have control of the play and we seemed to be on our heels most of the night.''

Anaheim won its season opener Wednesday, 5-4 over Seattle. Terry, who led the Ducks in goals and points last season, had two goals and an assist.

Islanders right wing Cal Clutterbuck played after missing the opener and was reunited with linemates Casey Cizikas and Matt Martin, who assisted on Dobson's goal. The longtime trio, as they often do, took the opening faceoff.

''This was an important game tonight, to get our first win of the year and get our game rolling,'' Lee said.

New York forward Josh Bailey played his 995th career game as he moves closer to joining Bryan Trottier (1,123) and Potvin (1,060) as the only Islanders to reach that total. The 33-year-old Bailey is in his 15th season with the team, which ties Potvin and Trottier for most by an Islanders skater. 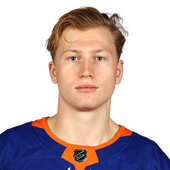