ANAHEIM, Calif. (AP) Trevor Zegras scored his second goal of the game at 2:15 of overtime and the Anaheim Ducks beat the Toronto Maple Leafs 4-3 on Sunday night to end a seven-game losing streak.

Zegras scored the first of two Ducks goals in the third period as Anaheim rallied from a 3-1 deficit. Jabob Silfverberg and Dmitry Kulikov also scored goals for Anaheim, which had not won since its opener against Seattle.

''We're starting to learn as a team to just stick with it and don't get frustrated when things don't go our way,'' Kulikov said. ''We'll turn it around eventually.''

John Gibson made 32 saves for the Ducks, including a point-blank shot from Mitchell Marner seconds before Zegras' winner.

Auston Matthews, Denis Malgin and Calle Jarnkrok scored for the Maple Leafs, who have lost four in a row. Erik Kallgren made 35 saves for Toronto.

Kerfoot failed on a penalty shot in the third, with the puck going over Gibson's shoulder and above the cross bar.

''I'm just going focus on what I can do here,'' Maple Leafs coach Sheldon Keefe said, addressing a question about his job security. ''I got a job to do with the group. Our group has responded in the past. I thought we were responding well here today.''

NOTES: The Maple Leafs finished a Western Conference swing 1-3-1. ... The Ducks went 0 of 2 on the power play and are now 0 of 23 on the man advantage over the last eight games. 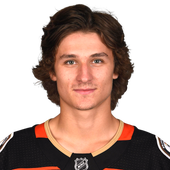 Ducks
STARS OF THE GAME

Ducks
ALL PLAYS
SUMMARY
GOALS
PENALTIES
All times are US/Eastern.
Around the Web Promoted by Taboola
Hide View
NHL Scores