Tavares liked how the Maple Leafs stuck up for each other and kept their cool in a physical win.

With just under four minutes left in the second period and Toronto holding a 2-1 lead, Jets defenseman Josh Morrissey laid a hit on Maple Leafs forward Nick Robertson. It sparked Toronto blueliner Morgan Rielly to come to his defense and tangle with Morrissey.

''Obviously, it speaks a lot of (Rielly's) character. Not surprising,'' Tavares said. ''He carried himself forward for our group.

''And then after that we just stayed calm and composed as the temperature of the game really went up there. Scrums were frequent, but we were there standing up for one another and protecting our net.''

David Kampf and Michael Bunting also scored for Toronto, which was kicking off a five-game trip.

''In the moment it didn't look clean, so that was all,'' Rielly said of his reason for fighting with Morrissey.

''You know our sport calls for different things at different times, and sometimes you need players to step out of character a little bit,'' Keefe said.

Ilya Samsonov made 31 saves for Toronto, giving him victories in all four of his starts this season.

Pierre-Luc Dubois scored for the Jets in front of a sellout crowd of 15,325 fans at Canada Life Centre, many clad in Maple Leafs jerseys.

''You could hear it from before the national anthem even, tonight, you know, the battle of the Leafs and Jets chants,'' Morrissey said. ''It's always a fun atmosphere. I think that intensity just ramps the intensity up in the game.''

''The difference in the game was clearly specialty teams,'' Bowness said. ''We hit a couple of goalposts. And theirs went in.''

Leafs forward William Nylander extended his point streak to four games, adding an assist to give him two goals and a pair of assists during that span.

The Jets were without top-line winger Nikolaj Ehlers (lower body). He was put on injured reserve Friday, retroactive to Oct. 18.

Ehlers is expected to also miss Monday's home game against St. Louis. He was replaced by Mason Appleton.

Toronto: At Las Vegas on Monday in the second of a five-game trip. 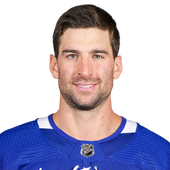 Jets
STARS OF THE GAME

Jets
ALL PLAYS
SUMMARY
GOALS
PENALTIES
All times are US/Eastern.
Around the Web Promoted by Taboola
Hide View
NHL Scores