TORONTO (AP) Morgan Rielly scored his first goal of the season for Toronto in the Maple Leafs' 5-1 victory over the Washington Capitals on Sunday.

Michael Bunting, William Nylander, Pierre Engvall and Zach Aston-Reese provided the rest of the offense for Toronto. Ilya Samsonov made 23 saves in his sixth straight start - and seventh consecutive appearance.

''We gave it away,'' Backstrom said. ''Tough to come back when they score four goals in the second.''

Leafs captain John Tavares, who played the 1,000th regular-season game of his NHL career, was honored by the team with a ceremony before a rare 5 p.m. puck drop.

Toronto coach Sheldon Keefe said earlier in the day goaltender Matt Murray (ankle) will be out through the NHL all-star break and the club's subsequent bye week, but added the injury isn't expected to keep him out long-term.

Murray was scheduled to start Friday's ugly 6-2 loss to Ottawa, but was a late scratch that forced the overworked Samsonov back into action. Joseph Woll was called up from the AHL on an emergency basis Sunday.

''We wanted to respond,'' Rielly said of Friday's performance. ''We weren't very proud of ourselves when we were leaving here after that game against Ottawa.''

Down 1-0 after the first period, Toronto got even 1:29 of the second when Bunting slid his 15th goal of the season past Kuemper on a power play.

Rielly then snapped his first of the campaign - the defenseman looked skyward in relief as he celebrated - at exactly seven minutes to make it 2-1.

''Just relief, that's all,'' Rielly, who missed 15 games earlier this season with a knee injury, said of what was going through his mind. ''Felt good.''

Tavares said he's been impressed with how Rielly navigated his dry spell.

''Don't know if I've ever played with a better professional,'' said the captain. ''A world-class player and person and leader.''

Nylander added his team-leading 28th on a delayed penalty at 10:45 before Engvall scored his 10th at 14:20 for a 4-1 advantage that spelled the end of Kuemper's outing.

Leafs center David Kampf picked up an assist on Toronto's fourth goal for the 100th point of his career.

Washington opened the scoring with 2:43 left in a sleepy first when Backstrom, who played just his ninth game of 2022-23 following hip surgery, fired his first of the campaign through a screen on Samsonov.

The netminder signed with Toronto in free agency after being cut loose by Washington, which drafted him 22nd overall at the 2015 NHL draft, in the summer when he wasn't tendered a qualifying offer.

The 32-year-old expected ''quite a few'' family and friends in attendance for his milestone moment. ''Probably the most I've had in my career,'' Tavares said following Saturday's practice. ''Great to share it with so many people.'' Selected first overall by the New York Islanders in 2009, the Oakville, Ontario, product is the 375th player in NHL history to play 1,000 games. ''Tremendous honor,'' Tavares said. ''Hard to put into words . just a lot of gratitude.''

Capitals head coach Peter Laviolette coached the 1,400th game of his NHL career. The 58-year-old debuted with the Islanders in 2001 and won the Stanley Cup with Carolina in 2006. Laviolette has also coached Philadelphia and Nashville.

The Leafs announced before the game Matthews has been put on injured reserve. Toronto also activated TJ Brodie off IR. The defenseman had missed the last 10 games with a rib problem - his second time on the shelf this season after missing 15 contests because of an oblique injury. 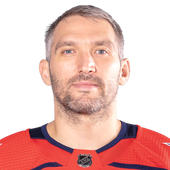