DETROIT (AP) Brady Skjei scored the only goal and Pyotr Kochetkov made 27 saves in the Carolina Hurricanes' 1-0 win over the Detroit Red Wings 1-0 Tuesday night in the 100th career meeting between the teams.

''Honestly, the biggest factor has been our goaltending,'' said Skjei, whose power-play goal at 17:20 of the first period extended his point streak to four games and was his first power-play goal in 476 career games. ''Kochy was the reason we won tonight. That was a huge performance. We've had a lot of guys stepping up at different times to help us get these points.''

Detroit captain Dylan Larkin blocked a shot earlier in the game, and did not return for the third period. Red Wings coach Derek Lalonde said Larkin would be unavailable for the team's game in Minnesota on Wednesday, adding that the doctor ''said he's not playing tomorrow, and we'll go from there.'' Lalonde also said the Wings would recall a forward from their AHL affiliate.

''(Larkin's) a driver, he's a transporter of the puck,'' Lalonde said. ''Obviously, with some of the offense we already have out, he still pushed us. He pushes linemates. Whoever he is with produces. Analytically, he drives. Obviously, a big piece with a team that has not produced a ton of five-on-five offense.''

Kochetkov was coming off a 3-0 shutout Saturday against the New York Islanders and increased his franchise record to three shutouts in his first 15 career games, all away from home.

''That wasn't our best, that's for sure,'' Hurricanes coach Rod Brind'Amour said. ''I thought the third period was pretty good - we made it look like a game, at least - but our goalie stole us that one. He was phenomenal.''

The Red Wings were 0-3 on the power play and did not register a shot during the first two opportunities.

''A little bit frustrating for sure,'' Detroit's David Perron said. ''They way they PK is a little bit different so we have to adjust to that early on and we didn't do a good enough job on the first two.''

Ville Husso made 26 saves for the Red Wings, who fell to 0-2 when wearing their Reverse Retro jerseys. 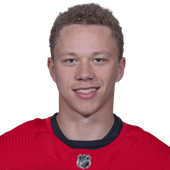